Hector was living in a rural county where his owner was not giving him proper care. He had a BB lodged in his ear, and he was underweight. Big Fluffy Dog Rescue put him on the road to a better life when they agreed to take him in. We sponsored his vaccine updates, parasite testing, needed medication for worms, and a microchip. He is now on his way to a foster home in Connecticut where he will be adopted!

Holly was found by a good Samaritan in LaFollette on Dec 7, 2019.  She believed she had been hit by a car since she was lying in a ditch.  She kept her until she could get her to the Campbell County Animal Shelter (CCAS) on Monday morning.  Upon being surrendered to the shelter, they immediately took her to the UT vet hospital.  They also believed she had been hit by a car.  She had a significant injury to her right jaw, face and mouth.  They were hopeful that her injuries weren’t significant despite the appearance.  Her will to live was so apparent. Holly was examined by the doctors at UT, and it was determined that she was not hit by a car and had some other significant trauma from a gunshot.  Her injury likely didn’t happen on Saturday as the remaining bone was already dead and significant infection had set in.  She was also very dehydrated despite the finder syringing fluids.  Holly was given hydromorphine and sent back to the shelter for a decision as to what path to take with her.  Unfortunately, UT estimated her immediate future care to cost between $5500 and $10,500.  At the last minute, Big Fluffy Dog Rescue agreed to take her and her future medical expenses into their program.  Shelter staff drove her to meet them late that night.  She is now in the care of Big Fluffy Dog Rescue and will receive the multiple surgeries that are necessary.  CCAS requested we assist with Holly’s initial medical evaluation for $128.80.

HPAN Sponsors Full Vetting for Angelica and Eliza for $600

Angelica and Eliza were part of a Morgan County hoard without any vetting and barely enough food to survive. Senior Dog Lodge & Animal Rescue stepped in to help, pulling over 30 dogs and having them properly vetted and sent to northern rescue groups where adoption rates are higher. We helped them get these two girls completely vetted, and they will be heading to Big Fluffy Dog Rescue where they will be adopted out into wonderful homes. Our $600 sponsorship covered their vaccines, exams and blood tests, antibiotics for a tick borne virus, deworming, microchips and spay surgeries. 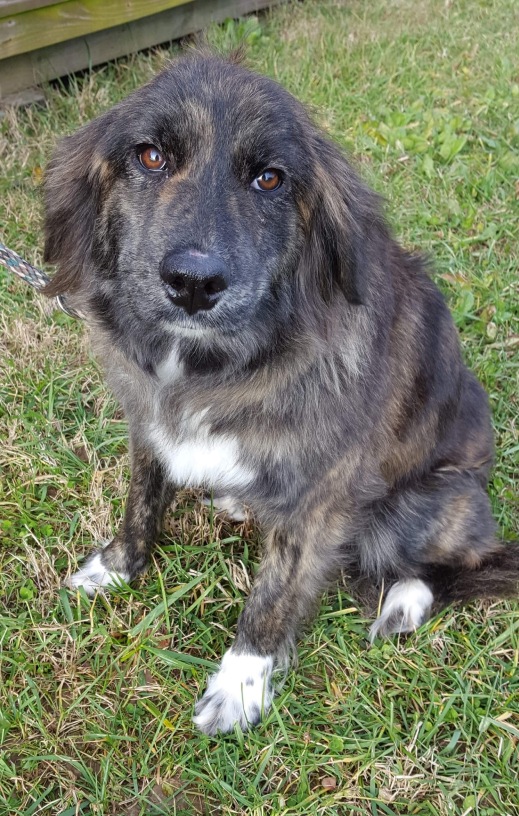 Aaron and Alexander were two puppies from a “stray family” in Morgan County. A good Samaritan was caring for the stray mom dog when she had five puppies. She was able to find homes for three of the puppies, and Big Fluffy Dog Rescue rescued the other two and asked us to sponsor their vetting. We paid for puppy exams, deworming, and vaccines, and one pup needed antibiotics for a skin infection. We will take care of their neuters, boosters, and microchips at a later date. 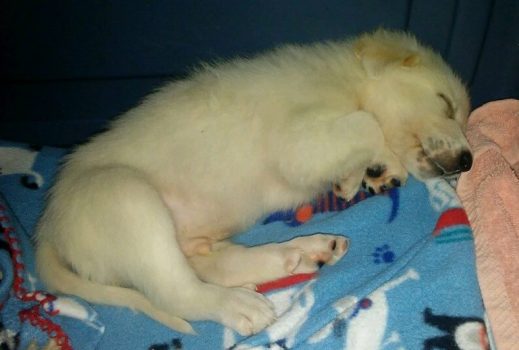 HPAN Sponsors Two Stray Males for up to $600

These two boys, Freddie and Freckles, showed up in a rural area of Morgan County. The finder searched for their home to no avail. The dogs hung around his house for two weeks before they were able to make contact with someone who helped get the dogs into rescue. Big Fluffy Dog Rescue is taking them into their program. We sponsored their
exams, blood tests, vaccines, and deworming. Neuters and microchips will come when they’re healthier. Happy life, boys!

Big Fluffy Dog Rescue is taking in these two dogs after they were picked up as strays from a county with no animal shelter. HPAN is sponsoring all their vetting. 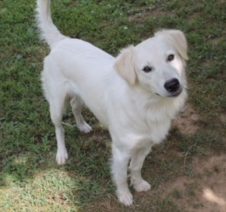