HPAN Pays $600 to Help Boomer and Bella Get Well

Boomer was found running in traffic on a busy Knoxville street. He was riddled with heartworms, as was Bella who was pulled from a Tennessee shelter. East TN Pit Bull Rescue took both into their program and asked if we could help, so we paid for their heartworm treatments, and they are currently recovering. 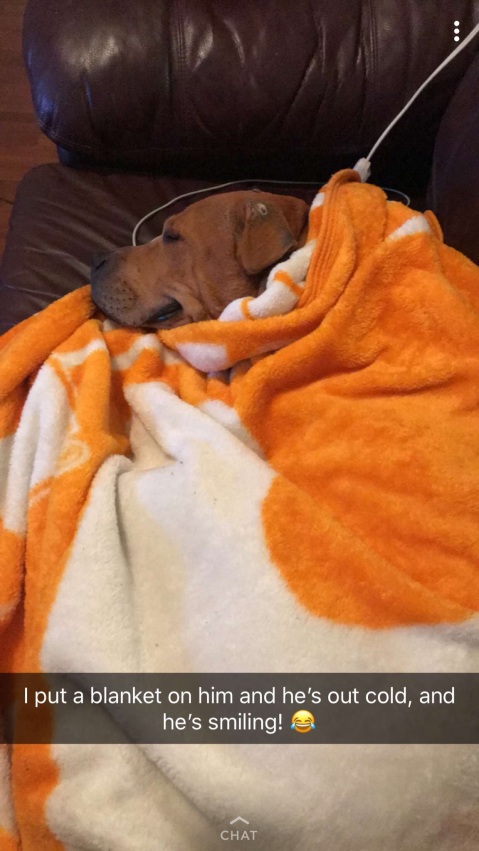 Siblings, Storm and Bella, found themselves with the Humane Society of East Tennessee when their owner had to be placed into a nursing home. Both dogs needed some basic vetting. A heart murmur was detected in Storm, who now needs medication. HPAN sponsored these needs for $535.11.

Rob, Brindi, Bella, Lucy, and Sarah were pulled from a high-kill shelter by Pet Path. We sponsored their vaccines, dewormer, testing, and spay/neuter at a low-cost clinic for $347. These beauties are now up for adoption! 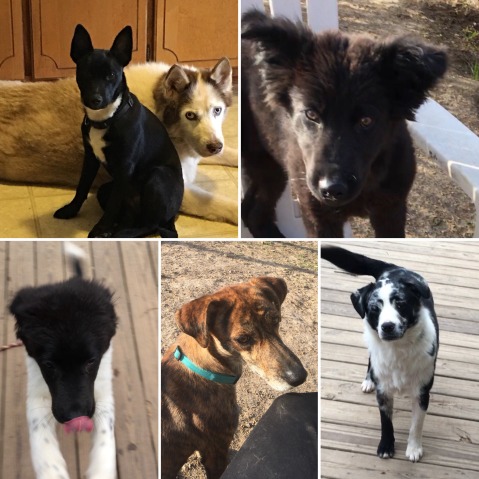 The Helping Paws Animal Network booth on Saturday at the Oak Ridge Responsible Dog Ownership Day went great! We were able to sell some crafts to raise funds, get a few available dogs some visibility and socialization, as well as increase our own visibility. We had a fun time too! Thanks to volunteers Betsy Ellis, Sophia, and Jennifer Kitts for their help, as well as Janet Kile and Judi Lee for coming out with great supplies, support, and help setting up the booth.

Special thanks to Melissa, Vanessa, and Brooklin White for bringing available dogs out to the event and helping us during the day. We decided it was just too hot to keep one set of dogs all day, so Vanessa and Brooklin did a round robin of three sets of dogs. They first brought out Saylor and Winston, who are black terrier mix puppies; they got a lot of attention and hugs!  Then they brought out two Beagle puppies, Ivory and Tippy. Ivory played with everyone! Tippy is a bit shy, but after a few minutes would warm up to people. It was great socialization for him.

Finally, the last two dogs that we had at our booth to show off were Bailey and Bella. Bailey is a Pomeranian mix, and he is not shy! Bella has been through a very traumatic experience so she does not want to walk around or sit alone. She wants to cuddle with someone she trusts. She was there late in the day when the event had slowed down, so it was not scary for her, offering easy socialization and a confidence building opportunity. I think all the dogs had a great time and received a lot of attention from people at the event.

Our booth raised funds from selling crafts that members donated, as well as providing water to dogs that came by (it felt like it was over 100°F on Saturday, so we were so happy that we had so much to share). We had free dog biscuits for dogs, a fabulous sign that Betsy Ellis and her husband made for us, fliers that Sarah Beene made for us that we shared with everyone who came by, and let me not forget the crafts!  Karin Jessen made dog blankets that everyone loved! We also had bandanas and jewelry.  Tina Piquet used a neat trick for sewing bandanas; she created a pocket around the neck of the bandana through which the collar slides, so that the bandana never gets lost. Amy Starkey made beautifully crafted bookmarks.  Janet Kile and Judi Lee brought incredible people cookies and helped us so much with setting up the booth.  Anything that we didn’t sell at the event or before the 11/24 will be in the flea market booth that Tim Ledford and Janet Stiles will be running for us.

The event was busy until about 2pm, and there were lots of dog rescue groups there, and of course, lots of animal lovers! One of the many visitors to our booth was a family with a little girl around 4 or 5 years old.  They asked about what we do, so I told them about our mission and what we had done to help Bailey and Bella, who happened to be there at that time.  The family walked a short way away and then suddenly the little girl ran back to me and handed me 5 one dollar bills. She didn’t want anything; she just wanted to give me her money for the animals. I was so moved! I told her to take something from the table for her donation. She was so sweet and picked out one Tina’s red satin bandanas with her mother’s help.

One more great thing happened at the end as we were packing up to leave.  Someone asked if we could use cat food! Of course I said yes, and we got fifteen or so bags of dry cat food, a case or more of moist cat food, and a couple of boxes of dog biscuits. We gave these to Melissa White to share with the woman who fosters all the cats she rescues. It was a blessing as this woman is in financial straits now, and was having a hard time feeding all the cats in her care. Now she has enough to care for the foster cats for months! What a blessed way to end the day!

We left at 3:30pm with a great feeling of being involved in something fun, hopeful, and helpful for animals. What better way to spend the day?